People die nearly every day from crime. In these instances, attackers might get away with these crimes. We cannot depend on the police alone. 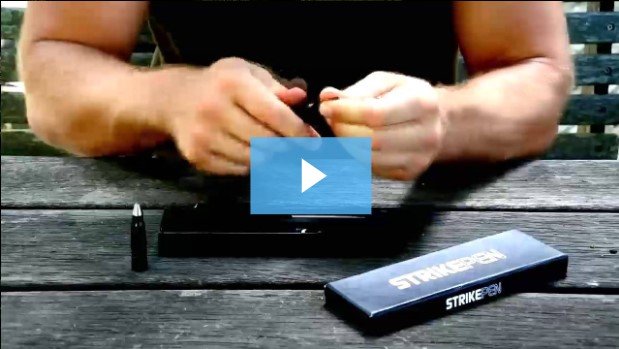 We have to do something. Self-defense now is a priority. You need a weapon that can rescue you in such situations. Which is why in this review I will talk about a weapon that is so small and nobody can predict what its use is.

Others might not know you possess it. It can help you repel away the danger you might be facing-strikepen. After all, it’s better to be always prepared.

This is actually a pen or resembles a pen but it is a self-defense weapon. Their main characteristics are that they are light in weight that you can easily carry it in your purse or pocket.

It can easily fool anyone into thinking that it’s just a mere writing pen but for those who know if they know how helpful a strikepen can be, not only can it get you out of a tight spot but they can engage an enemy.

The original manufacturer of strikepen is Apesurvival. Ape survival is a company based in the states that specialize in producing weapons for personal defense.

Main features of a strikepen

The pen is made up of a milled alloy, making the pen strong and durable. Milled alloy ensures that a strikepen lasts for a very long time. It also removes the fear that it might break in the middle of an attack. No! It’s strong.

The tips can break a glass. The strikepen tip is made of still, and considering how strong steel is, you know that it will do its job efficiently. 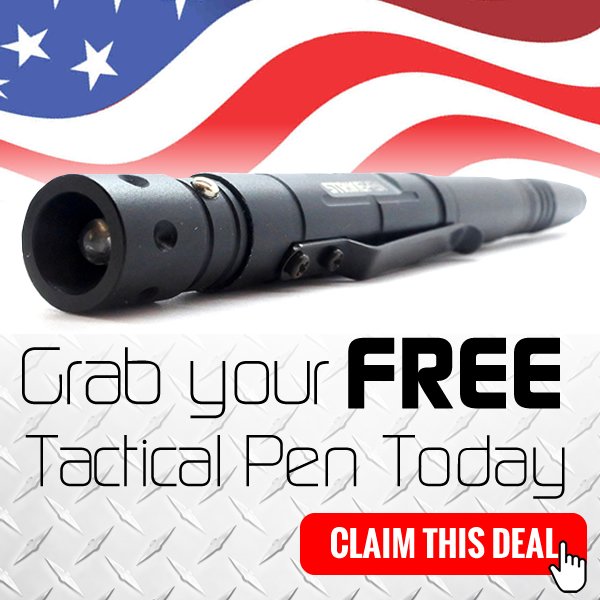 The knife is strong enough to handle some stress and is very sharp. And so is the multi-tool. The multi-tool consists of a knife, a bottle opener, a flat head driver and a HEX wrench.

The strikepen comes with a black cardboard which you will use it for shipping the weapon or if you use it on a day to day basis, the cardboard can store the components that you do not need at the moment.

All these features will give you the security that you need. All in a simple-looking pen!

1. The strike pen is used for striking an attacker, even though you must know where to strike to be safe.

2. You can use a strikepen to write anything like a ballpoint.

3. If an escape path has a glass you can use the tip of the strikepen to smash the glass.

4. It can also help you collect the DNA of an attacker. Since it has a tip that you use to stab you have made contact with the assailant. DNA of the assailant can be removed from there.

How to use a strikepen

A weapon might not help you in anything especially if you do not know how to use it. Fortunately, to use a strikepen you need no specialized knowledge only the following.

First, there are two situations in an attack proactive and reactive. In a proactive situation, you can see the danger before it happens and you have time to get ready for it.

While in a reactive situation you there is no time to prepare you just react to the situation at hand. In both these situations, a strikepen is useful.

First, create a space for yourself. In a proactive situation be unpredictable as possible. Conceal your weapon but make sure you hold in it in a way its ready to stab. In a reactive situation aim for close parts.

Though you might kill your attacker always keep in mind that your aim is to get a space to take away. Do this once you have inflicted the damage.

The advantages of having a strikepen.

The pen is actually worth $54.95 but currently you can get it for free. Apesurvival is giving out for free he strikepens as a part of their campaign to create awareness on the different ways of survival in a terrorist or disaster situations.

In addition to the strikepen you get 3 of the top selling defense guides. They are giving them out for free.

Who can use this product?

Everybody can use this pen but those who will use it to its maximum use are people who:

1. Plan to use a tactical weapon all throughout the year

2. Want a weapon which is light to carry and do not like other people suspecting they have a weapon

Strikepen is one the best tactical pens in the market. Combined with its unique features then you have acquired a tool that can help you in other parts of life like writing and using a flashlight it’s legal to use it though there are instances where you might be sued for using it.

If a lawyer proves to a judge that you bought the tactical pen to use it you might be jailed. Be careful with how you use it. Don’t use it to attack someone. Only for self-defense.